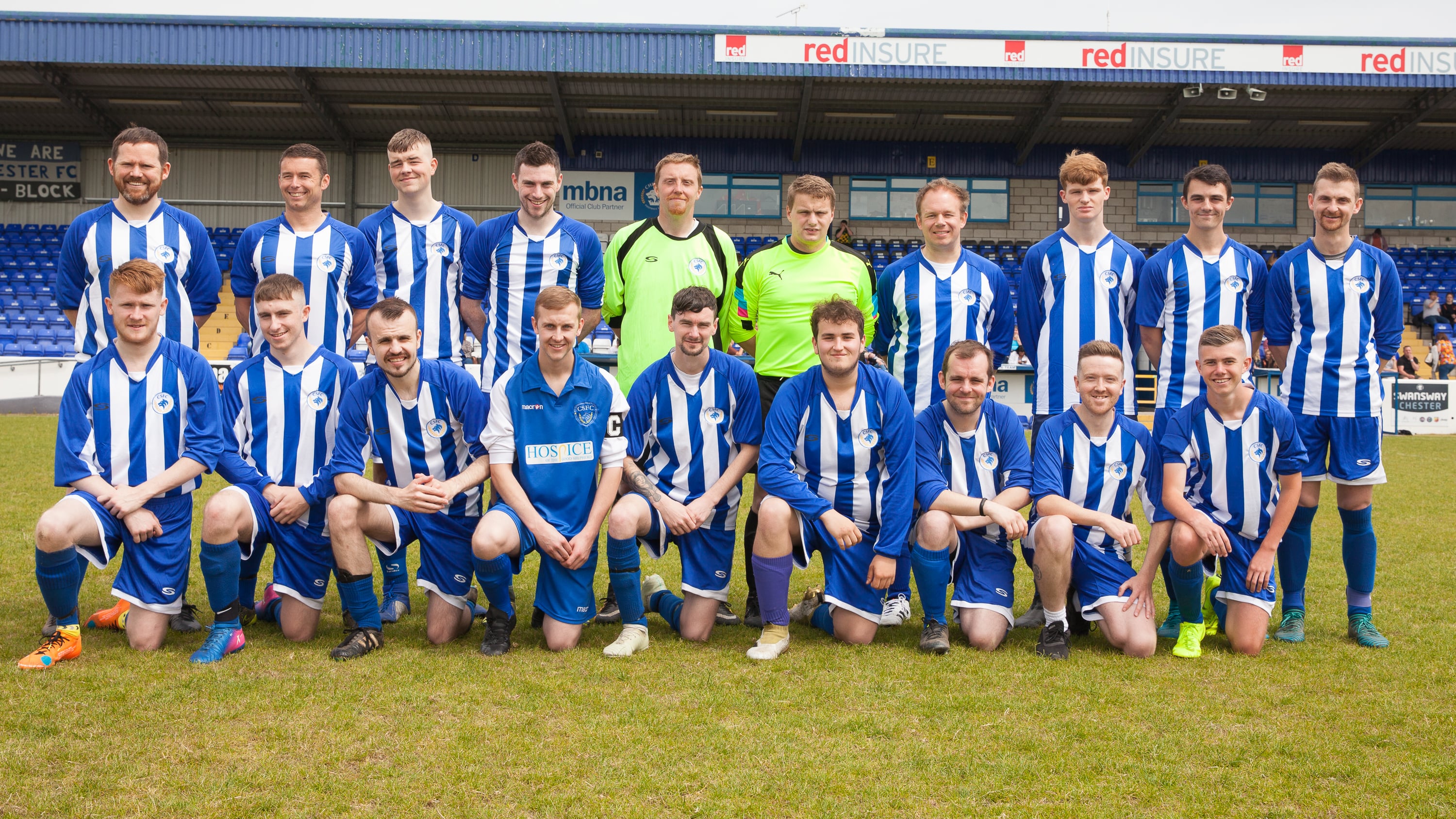 The supporters team organised a match with Supporting Charities FC – whose squad features famous faces from the film and television and former professional footballers – at the Swansway Chester Stadium in aid of the sports hub project and Chester FC Community Trust.

Thanks to the generosity of players and spectators and local businessess who sponsored the match or donated raffle prizes, the event – which also featured a performance from Urban Fusion dance group – raised a fantastic £905.28 towards the sports hub.

The Community Trust wishes to place on record its thanks to Chester Supporters FC and Martyn Lukowski for organising the match, Supporting Charities FC for providing the opposition and all who attended on the day.

Donations to the project can be made at www.justgiving.com/campaign/kgvsportshub and a new dedicated website has been launched at www.kgvsportshub.co.uk.

If you would like to know more about the plans, have any questions or would like to be involved in the project, please contact Community Trust chief executive Jim Green on 01244 371376 or email jim.green@chesterfc.com.